Our website features the best Port Royal real estate search for homes, condos, land and foreclosure properties available. It is the only site you will ever need! It is easy-to-use and updated by the official REALTOR®’s database every 15 minutes.

You can save searches, and get daily email alerts of new listings, price changes, sold data, and market reports. Our Interactive Map Search allows you to view properties on a map or refine your search by drawing the boundaries around the area you desire.

Curious about what’s happening in the Port Royal real estate market? Sign up for a Port Royal Real Estate Market Report to see what’s active, under contract, and sold!

Considering selling or refinancing your home? Get an INSTANT property valuation now!

Contact us today to find out how we can be of assistance to you!

The original developer of the Port Royal community in Naples Florida was a retired advertising executive from Chicago by the name of John Glen Sample, who arrived in Naples in 1938. He found the area to offer all the stress free living he was looking for, and the lifestyle would include fishing, gardening and boating. So he purchased a beachfront lot in order to build his first home in the area. Subsequently for the next twelve (12) years he went on to acquire more small parcels of land for approximately $54,000 and named the area Port Royal, a name that originated from a major city and harbor in Jamaica founded by the English. His intent was to create a community of like minded residents who understood his vision, so he began to market Port Royal in 1948 and sell off the last remaining lots in 1956 for around $11,000 per parcel.

In order to attract more residents to Port Royal prior to his death in 1971, Glen Sample founded the Hole in The Wall Golf Club in 1958 so that a limited number of Port Royal residents could enjoy the traditions of a golf game with no tee times. The Port Royal Community witnessed strong sales growth of Port Royal real estate due to the club. This growth demanded better community services, such as a church and hospital, which was later constructed to become Naples Community Hospital and Trinity-By-The-Cove Episcopalian Church.

Other parcels of land within the Port Royal area that were privately owned were subsequently purchased via private deals. The intended plans for all homes in Port Royal called for homes that ranged approximately 3,000 sq. ft. in size and featured traditional architecture. Today many mega-homes have been constructed and Port Royal homes are known as some of the finest in the area.

A dynamic setting on the navigable waters for those seeking a brand-new, thoughtfully designed, high-quality, well-built home in Naples, Florida. Luxury interiors and fur...

Tropical paradise will be found at this West Indies-inspired new-construction opportunity on the navigable waters of Smugglers Bay in Port Royal. This custom-built home c...

A rare opportunity to build your custom dream home with London Bay Homes on one of the most spectacular properties in Port Royal. The expansive cleared building site off...

2017 built Port Royal Waterfront Home. This property features 100' of canal frontage w/ quick access to the gulf. The coastal contemporary home welcomes you into the stun...

This .49 acre lot is situated in the heart of the prestigious Port Royal community, offering unparalleled water views. Port Royal Club membership is available, and the G... 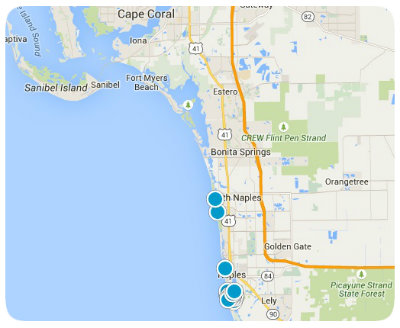 What our Clients Say About Us